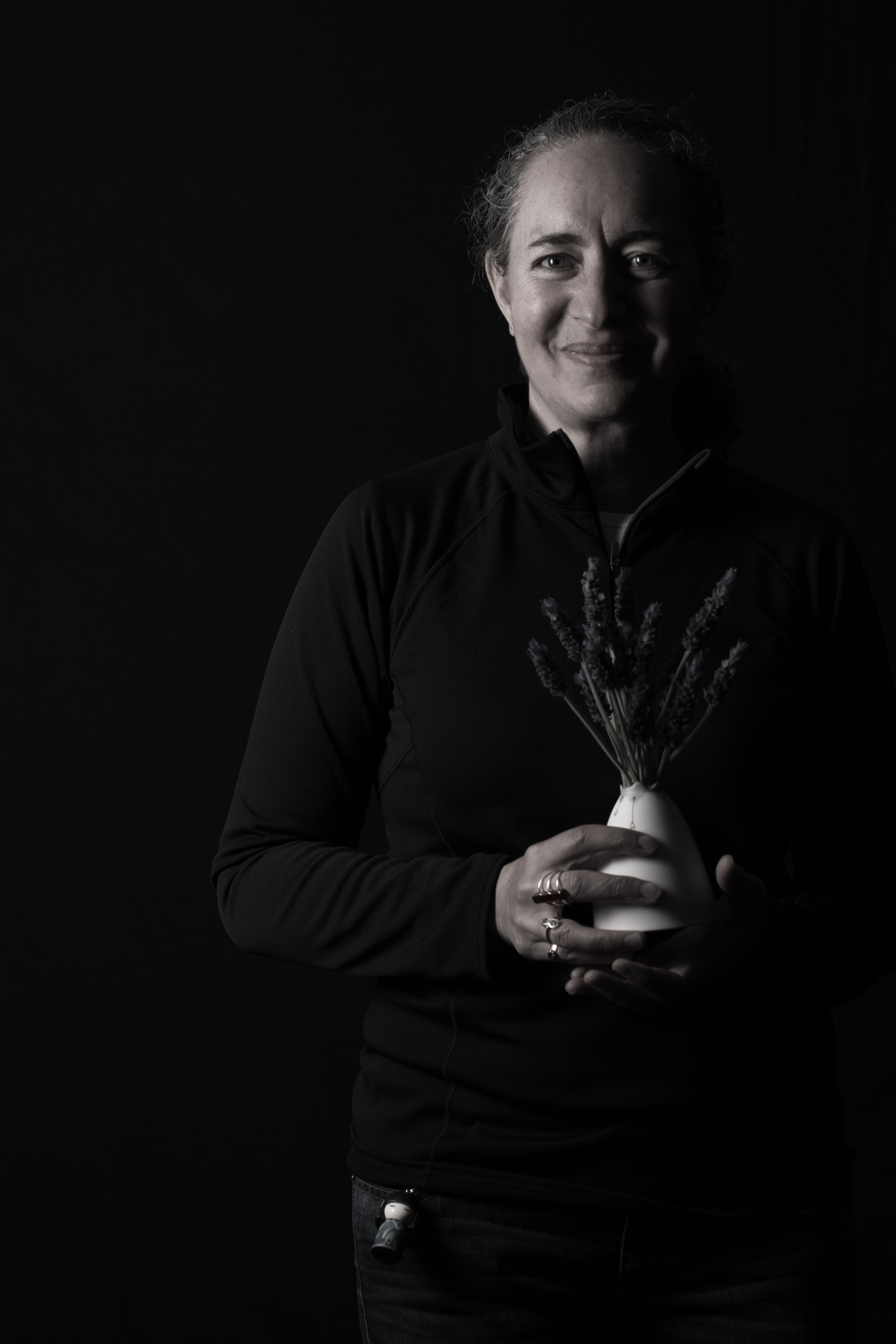 Originally trained as an architect, Sandra Torres eventually transferred her creative outlet into clay work. Her ceramic education started under the wing of a master ceramist at an experimental studio in Mexico City. She then continued hands on learning in Southern California in three different studios.

Her ceramic education was augmented by traveling to China and Mexico to learn about traditional clay work and techniques. An apprenticeship at Studio Pieter Stockmans in Genk, Belgium, had a great impact on her work, and later directed her to be an Artist in Residence at the International Ceramics Studio in Kecskemet, Hungary.

Porcelain, in the thinnest of its expressions, demonstrates a life of its own, moving to the heat of the firing and resulting in an imprint of its own memory. She has chosen a process that allows her to create contrast of color while maintaining the soft bare feeling and translucency of the porcelain, delicate to the sight, yet strong to the touch.

Contrast and modulation of different color shades, the color softness and sharp edges, result into a dramatic chromatic composition in contrast to the white, translucent and matt porcelain surface. Sandra’s work explores the effect of small but significant variations of shape, size and patterns. 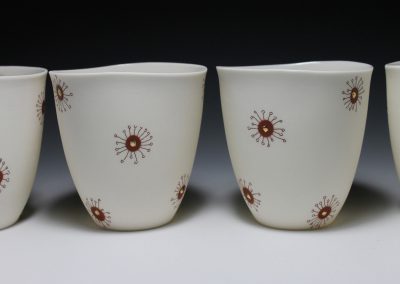 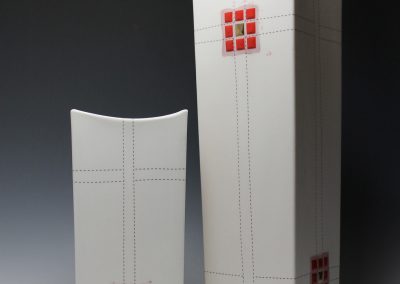 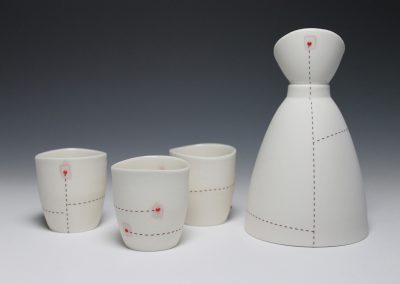 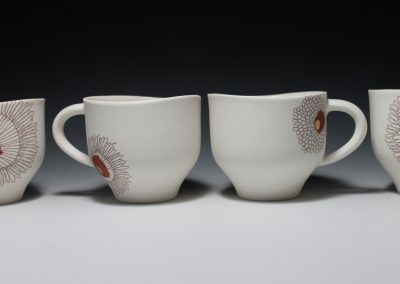 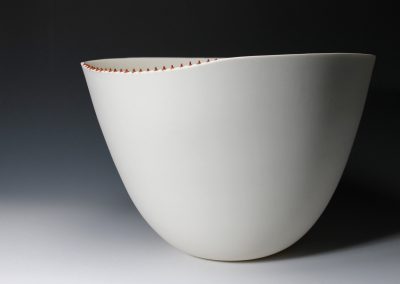