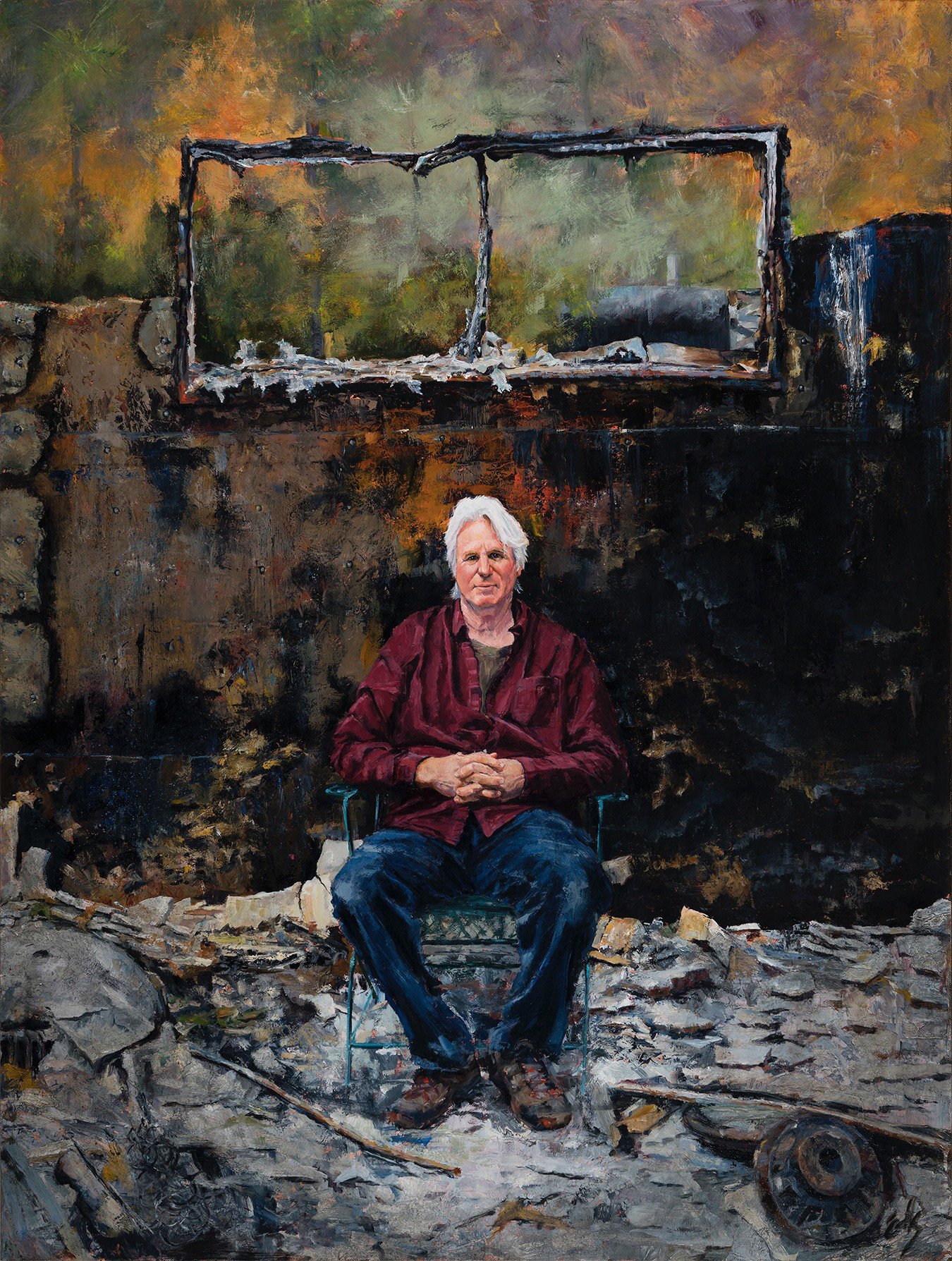 This painting will be on view at the Ojai Studio Artists’ Scorched Souls exhibit at the Ojai Valley Museum. Join us for the reception on March 10, 5-7.

This is a portrait of Ray Powers amidst the remains of his home after the Thomas Fire. Ray was kind enough to allow me to intrude, even though he was still reeling from this tragedy. But there was a peace and calmness about Ray as he processed and accepted what had occurred.

“Yes, I still call it home. It’s burned, shattered, splintered, peeling and as perfect as it can be right now. The process of letting go has many unexpected gifts. The disheveled buildings have been purged from the landscape, but the land feels open and cleansed. I see new perspectives and perceptions of what’s been lost and what’s been gained. I love this land. It’s in my bones. The water’s in my blood. Returning is sorrowful. Though there’s the coming of spring and the burgeoning life that is already bursting through the blackened ground.”