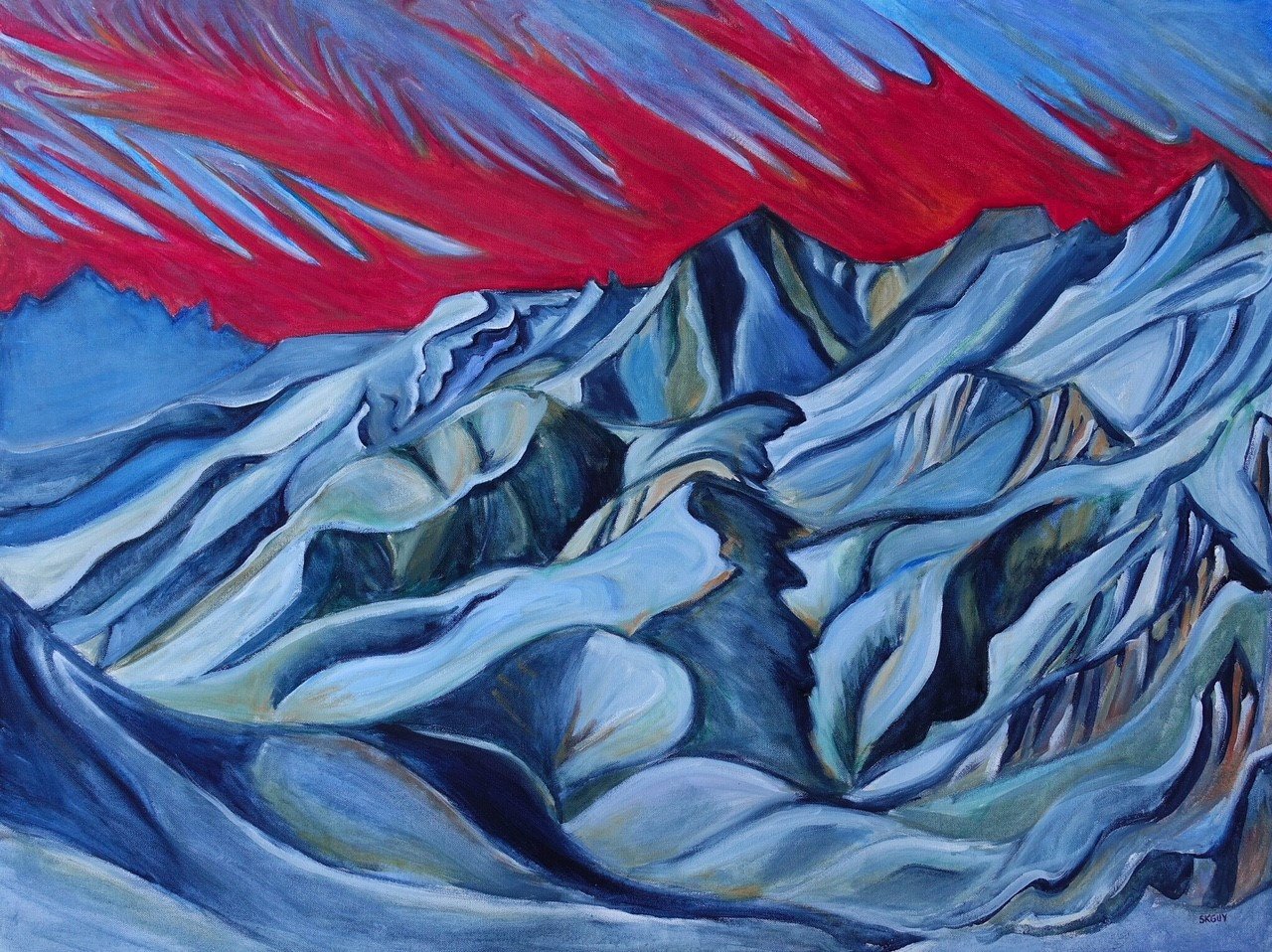 I wrote this for the National Academy of Medicine who have an upcoming show on physician burnout- It accompanies my painting: “Burnout before the Rain“

I was burned out 12/4/17 with the rise of the super moon, howling Santa Ana winds and orange embers in the night sky. A massive wave of fire, at least 5 miles wide crested the hills above me and began to flow like molten lava. The terrifying conflagration would grow to become the largest wildfire in Calfornia History and burned for over a month. After a week of being evacuated I came back to choking smoke and ash. Once verdant hills had been transformed into a barren, gray angular landscape.

For years, painting landscapes en plein air has been my therapy; a way of transforming negative energy accumulated from my psychiatric practice into beauty. After the fire I headed up into the mountains and my canvas was filled with a palate of grey and red. Even though it was painful, I began to appreciate the beauty of the silver hills. There were already green shoots breaking through the black ash at my feet as I watched the New Year’s Day super-moon rise above my easel.

Just as art can transform, so does fire. A shift is occurring and I am ready to change and persue the next stage of my life.

–I’m not sure where this journey will take me but I am ready to grow.